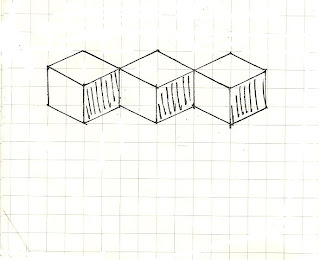 Axometric that the Unreal Tournament model is based on. The axometric shows a series of identical blocks to emphasise the concept of 'similarity'. 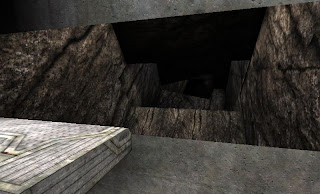 I decided to change the idea slightly and have each of the cube rotated slightly. This reflects both 'similarity', as each of the cubes are identical, and 'differences' as each cube has a different rotation. Interior walls, ceiling, and floor are of rough rock.

The overall idea may change in the future to further develop the concept of 'searching', as mentioned in the quote. 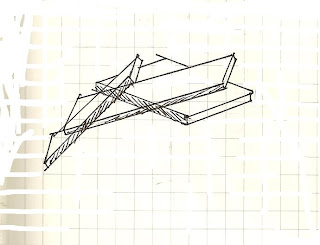 Axometric that the below Unreal Tournament model is based on. The shape, and intended material as glass reflects perhaps concepts of weightlessness, of surface, or of an 'arch angel' in the quote. 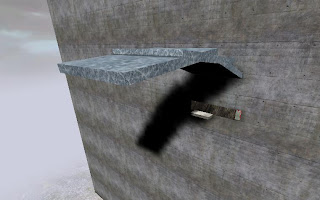 Instead of glass, I decided to change the material of the 'wing' to ice, mostly because it was more fun.

The idea of the model is that the flat planes of the glass join to create a curved surface, while intersecting each other to perhaps create sharp angles, reflections, and shadows.
Posted by Ashleigh Ng at 12:34 AM